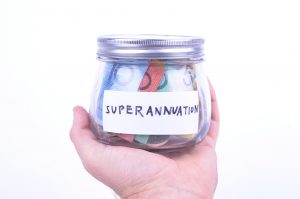 There will be a superannuation amnesty in Australia – for companies that owe money to employees, the ATO have offered a new bill which will grant some help to those who are still behind in paying compulsory super.

Accountants Daily is reporting that the new bill will ‘complement’ the existing superannuation guarantee integrity passage. It will run from 24 May 2018 – 23 May 2019 – allowing companies which owe staff superannuation to pay the money back without any late payment fees or interest rates.

Paul Drum, the head of policy for CPA Australia, told Accountants Daily that he thinks the superannuation amnesty has been carefully planned to fit with the full implementation of Single Touch Payroll (STP) which will commence on July 1, 2018 for companies with 20 or more employees. STP will be mandatory for companies with 19 or less employees starting from July 1 2019.

Drum noted that although it might appear to be an altruistic measure, the government have a very specific plan in place to ensure STP and the SG are monitored closely – with this ostensible olive branch likely to make things very tough for those who are still behind when STP rolls out.

“It’s good and well to say, ‘oh it’s a great opportunity to tidy up’ but the sting in the tail,” said Mr Drum.

“When STP kicks in, the ATO are going to have real-time data and know who is behind in payments and the penalty is enormous for not paying on time so it’s really an olive branch and the calm before the potential storm if people don’t do something about it and get their SG payments in order.”

If you run a business and have any questions about the Superannuation amnesty in Australia, please feel free to give the friendly and experienced team at BSC Business Advisors a call on 07 3135 9420.

How Can We Help You Today?

Refer a Friend
Book a Meeting